The making of Urban Dystopia

In these blogposts about my photographic series I am writing about their origination. How an idea or a basic concept evolved into the actual realization of a project. And of course like with all creativity, my insights are growing organically in time and along the further development of my work. So as much as the work itself, these insights are a snapshot in time.

Sometimes a project just presents itself. Unlike prior projects, where I was actively pursuing a certain type of imagery with a theme in mind, this project evolved organically. For Urban Dystopia I didn’t do brainstorming of any kind, I didn’t have to think of a theme. 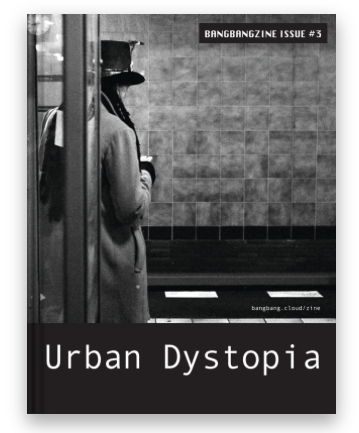 As the photos were coming back from the lab throughout the year, it kind of grew on me. I did not yet know where it was going, but I knew that some of these images, although on first look very different, had a strong common ground. They were all breathing the same atmosphere, one of desolation and some despair, of emptiness, of detachment. And because they were (almost) all shot with the same camera on the same type of film, they share the same raw aesthetics that I apparently subconsciously was after.

And so Urban Dystopia was born. An attempt to reveal a growingly detached society. The project reflects the preposition that modern society is in a continuous state of detachment, and, as such, shows scenes of desolation and mirrors feelings of emptiness.

To keep their raw aesthetics all pictures were almost completely done in-camera, that means almost no cropping and no post-processing, and they were all done on film. They are a true representation of endlessly walking both the inner-city and the outskirts of Berlin and parts of Paris. Most pictures were framed and shot in a split second which explains their casual, documentary-like style. None of them were staged. They are an unmodified registration of the scenes that took place on my journeys through the city, and reflect a part of modern life in the city.

So here is Urban Dystopia, as featured in BANGBANGZINE issue 3. Drop me a line if you want to get it, I only have a few copies left. 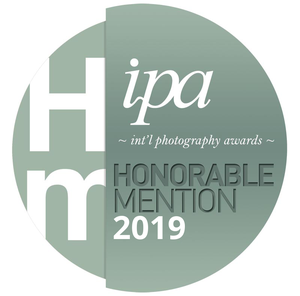 "Urban Dystopia attempts to reveal a growingly detached society. The project reflects the preposition that modern society is in a continuous state of detachment, and, as such, shows scenes of desolation and mirrors feelings of emptiness."

Update september 2020: Over the course of 2019/2020 a revision was added to the project. Without leaving the basic concept I specifically aimed to diversify the material. I wanted to both intensify and broaden my vision on the subject. And although still working in a very 'analog' way, all pictures this time were shot digital. (You can read more here about shooting streetphotography either analog or digital.)

Equally important was that I realized that Urban Dystopia is both stylistic and thematic the center of my work. And therefor I defined it as an ongoing series, which means new iterations will happen on a regular basis. Maybe in the form of new series or at the certain point maybe even as a complete re-interpretation of all the available footage that replaces all earlier selections.

Also I will be doing sidesteps from it or pre-studies for it in the form of short living projects or photo-essays. The first one is called Pandemic Aesthetic and can be found here. As the Covid-19 pandemic and most likely the economic aftermath will magnify the underlying theme of Urban Dystopia, I wanted to capture the first after-lockdown phase. Some of the works might return in Urban Dystopia.

Currently I am working on the third series within the project. Also I am working on a book with footage of all three series complemented with snippet-like short stories. Both are to be expected in 2021.